All systems ‘Go’: How China plans to control space

All systems ‘Go’: How China plans to control space
By: Nathan Strout

The nation’s top official for assessing the military capabilities of foreign powers believes China is playing a specific game in space in its efforts to become the premier power in space.

Go is a board game invented in China thousands of years ago where players strategically place stones on a board to capture the most territory.

“The object of Go is to block and deny territory to your opponent. Unlike chess, you’re not going after a king or a queen and there’s not a final move where you’re declared victor. You add up points on the board based on the amount of territory or space that you control. Think of that in the context of aerial denial and aerial defense,” said Defense Intelligence Agency Director Lt. Gen. Robert Ashley Nov. 7 at the CyberSat19 conference.

Looking to the South China Sea, where China has built artificial islands to further its claims to the area, Ashley said he saw a direct connection between the ancient board game and China’s modern military strategy.

“I started seeing literally what is a game of Go being played on the planet,” said the director. “That game is also being played in space.”

The DIA is responsible for informing the military, policy makers and — to an extent — the public on the military capabilities and intentions of foreign nations. As the head of that agency, Ashley said China wants to use space to further its influence, with ambitions that extend far beyond its own borders

“Their recent defense white paper places an increased focus on worldwide use of full-spectrum operations to safeguard Beijing’s increasingly complex and far reaching interests, interests that go well beyond the [Indo-Pacific region],” said Ashley. “Beijing stresses that the national security issues facing China becomes far more subjects, extends over a greater range and cover a longer time span than any time in their country’s history.”

In pursuit of that goal, the Chinese government wants to be able to offset any space-based capability that might be advantageous to the United States, be it military, civilian or commercial, said Ashley. Furthermore, the director explained that China’s doctrine insists that those space-based capabilities, including reconnaissance, early warning, communication and navigation systems would be potential first targets of an attack.

China has been building up its anti-satellite weapons since 2007 to include kinetic weapons, jamming devices that can block GPS or satellite communications, and ground-based lasers. China also has a repair/inspection satellite on orbit that could be used to damage other satellites.

“I’m sure you can imagine the dual-use capability of such a satellite,” said Ashley.

China has also built up its own space capabilities, and Ashley noted that China will boast the largest GPS-like system in space by 2020.

“China has conducted more space-oriented operations in 2018 than any other nation and possesses 250 military, civilian and commercial satellites in orbit — second only to the U.S.,” said Ashley.

The DIA has put out two unclassified reports detailing China’s counter-space efforts: one on China’s military ambitions and capabilities as a whole and a separate report on threats to space more broadly.

The potential threat posed by China to space has spurred a response from the government, said Ashley, including the stand up of a U.S. Space Command and the imminent creation of a Space Force.

“I’ve painted a rather negative picture of things that are evolving,” said Ashley. “It will take vigilance and determination to preserve space as a peaceful domain.” 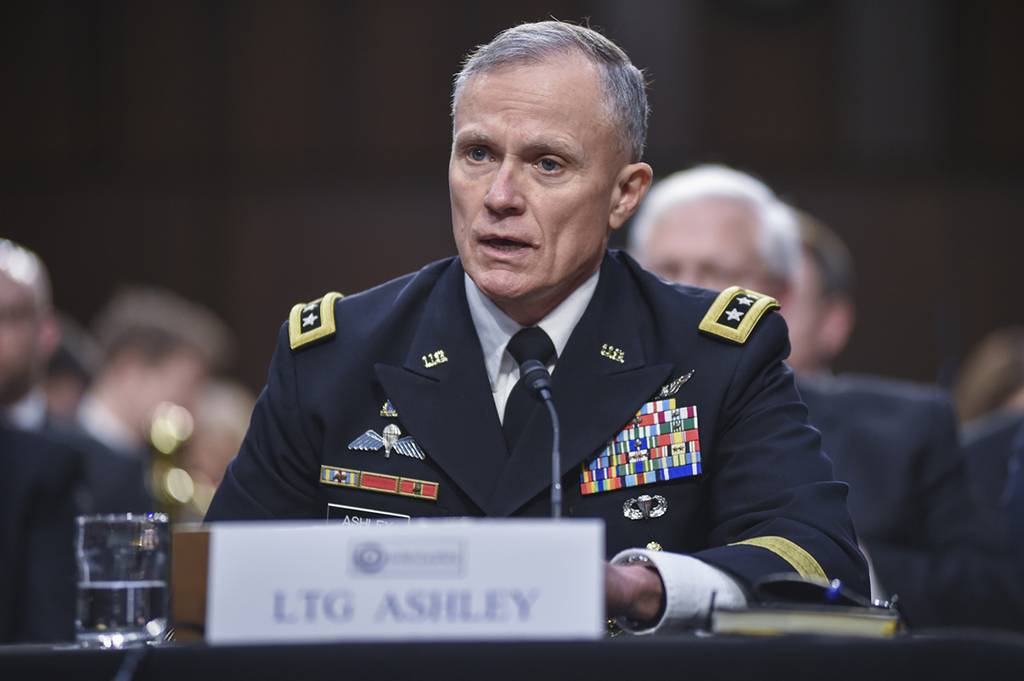 All systems ‘Go’: How China plans to control space

In order to understand China's military approach to space, look to the ancient board game of Go, says the head of the Defense Intelligence Agency.