Aside from firing warning flares, Basiao said China has also deployed 17 research vessels in Philippine waters from January to June this year.

He said these vessels are trying to block Philippine maritime patrols and replenishment of supplies to military ships deployed in the disputed waters.

Basiao described China as the most aggressive among the countries claiming parts of the South China Sea.

In May, a Chinese Coast Guard ship blocked in Ayungin Shoal three Philippine vessels that were on their way to replenish the supply of personnel on board the BRP Sierra Madre, a marooned rusty wartime ship in the Spratly Islands, according to a report from the Department of National Defense.

At least nine Chinese warships have sailed in Philippine waters since February, with some of these ships failing to inform local authorities or even deliberately turning off their navigation systems to evade detection. Manila has protested their presence several times.

Member-states of the Association of Southeast Asian Nations (ASEAN) and China reaffirmed this week in a meeting in Thailand the importance of “maintaining and promoting peace, security, stability, safety and freedom of navigation in and overflight above the South China Sea.”

ASEAN members and China hope to have a code of conduct governing movement in the South China Sea in three years or even earlier.

In time for the meeting, the US State Department released a new document on maintaining a free and open Indo-Pacific region, where it railed against China for making “repeated provocative actions” to assert its territorial claims over virtually the entire South China Sea.

“Beijing is inhibiting ASEAN members from accessing over $2.5 trillion in recoverable energy reserves, while contributing to instability and the risk of conflict,” the US State Department said.

China and the Philippines have overlapping claims in the West Philippine Sea, a portion of the South China Sea which Manila claims as its territory

Beijing’s claims, however, had been found to be without basis in law by a Hague-based arbitral tribunal created under the United Nations Convention on the Law of the Sea. 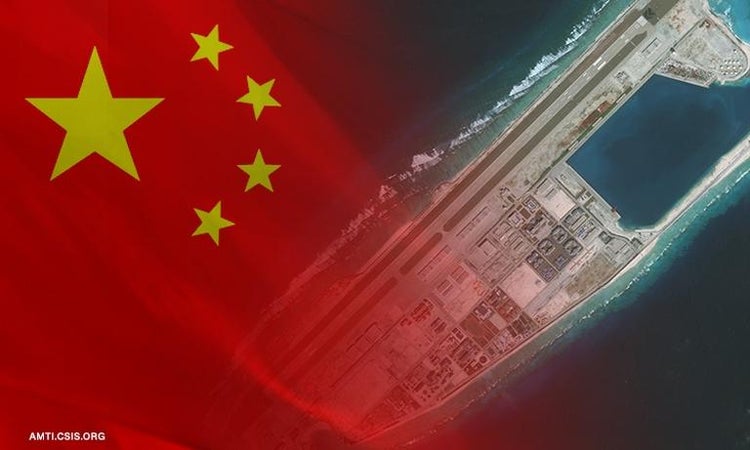 Aside from firing six warning flares, the Armed Forces says China has also deployed 17 research vessels in Philippine waters from January to June this year.