Beijing is using the pandemic to drive wedges between members of the European Union, and to advance its propaganda war against the United States.

Workers at unload protective gear bound for Italy from an Austrian Airlines flight from China, at Vienna Airport on March 23, 2020. GEORG HOCHMUTH/APA/AFP VIA GETTY IMAGES

As the coronavirus works its way around the globe, it is putting unprecedented strain on public health systems and devastating economies along its path.

In time, it will also lead to political upheavals that are just as potent. Already, we see the crisis posing tremendous challenges to the liberal democracies of the West as they struggle to manage the crisis in full public glare. Closed, authoritarian states such as China have it easier: Not only have they imposed their draconian lockdowns with ruthless efficiency, they have also suppressed information that might lead to panic and quashed all dissent.

The jury is still out, but one thing is clear: China cannot be allowed to win.

Considering China’s own role in creating the crisis, it is ironic to see China is scoring points in its propaganda war and driving wedges between Western democracies. Instead of alerting the world of the outbreak, China engaged in an extensive cover-up of its spread. In a breathtaking display of gaslighting, it now projects its own perfidy onto the United States. “It might be US army who brought the epidemic to Wuhan,” the spokesperson of the Chinese foreign ministry tweeted recently. “Be transparent! Make public your data! US owe us an explanation!”

The Chinese Communist Party, known for cooking its books on everything from military spending to economic growth, has applied its trademark mendacity to this crisis, too. Already adept at censoring, China has used the crisis as an opportunity to shut the country off even more from the outside world, expelling most U.S. journalists and enforcing even stricter censorship. As a result, little of what Beijing tells the world is verifiable. If China’s response to the coronavirus appears impressive, it is only because the authorities in Beijing are the ones doing the telling.

Beijing has reinforced this propaganda campaign by sending medical supplies to Europe. It is hard to believe that a country that interns more than 1 million of its own citizens is capable of altruism. Indeed, every Chinese action betrays a Machiavellian motivation behind a humanitarian guise.

Take, for example, the decision by Chinese telecommunications giant Huawei to donate 800,000 masks to the Netherlands. Why would the conglomerate, known for its closeness to the Chinese government, display such benevolence toward a country which, at the time, had hardly any coronavirus cases? Surely it could not be because the Netherlands’ auction of fifth-generation (5G) mobile licenses is slated for June, and because the Dutch still have to decide whether to exclude Huawei from its 5G networks over espionage concerns.

Or consider Italy, where China has sent doctors and donated ventilators that have been in short supply. Does China’s newfound interest in Italy’s well-being stem from genuine concern, or from that of Rome’s status as one of Europe’s biggest supporters of the Belt and Road Initiative?

Perhaps, then, China’s donation of 500,000 masks to Greece is an uncharacteristically generous gift. Or is it nothing but a gift horse, part of much longer campaign that has showered Greece with trade and investment? Already, Greece has been a reliable supporter of China in Brussels, which Beijing increasingly counts on to veto any measures China considers to be against its interests—on trade, security, or human rights, for example.

Another attempt by China to drive a wedge between Europeans is the so-called Cooperation Between China and Central and Eastern European Countries initiative. There, China has focused on non-EU countries such as Serbia, another recent recipient of Chinese aid in Europe.

Unfortunately, the Europeans have made it easy for Beijing to exploit their differences. With Europe hit particularly hard by the coronavirus pandemic, intra-European solidarity has been sorely lacking as borders close and every country fends for itself.

Nowhere has this been more apparent than in Italy, where the death toll has soared into the thousands in mere days as its health system has buckled. Instead of coming to Rome’s assistance, EU member states have kept their health care facilities stocked in preparation for their own crises. Many of them are also imposing strict border controls with little coordination, among other unilateral actions. It took until the middle of March for Germany to take the lead in Europe and announce it was sending medical equipment to Italy.

The upshot is that just one-fifth of Italians now believe that EU membership is helping Italy, while two-thirds say that that membership is “a disadvantage.” Serbia, which is not in the EU but aspired to membership, has denounced Europe’s lack of solidarity and is publicly turning to Beijing for help. “The only country that can help us is China,” Serbian President Aleksandar Vucic said. “As for the rest of them, thanks for nothing.” Vucic duly thanked the Chinese Communist Party.

The implications for the politics of Europe are grave, because the coronavirus is exposing the frailty and brittleness of the European Union as a supranational project. The coronavirus crisis is exacerbating the EU’s weakness to deadly effect. As much as it’s been maligned by its opponents, the EU has long stood for a united, peaceful, and prosperous continent, and has acted as a magnet to neighboring countries aspiring to join its exclusive democratic club. A frail and divided Europe will find itself easy pickings for the enemies of the liberal democratic order—whether they be in Moscow or Beijing.

Paradoxically, however, the coronavirus pandemic is bound to strengthen the Trumpian worldview. China’s clear and obvious responsibility for allowing a localized epidemic in the city of Wuhan to grow into a global pandemic offers ammunition to the critics of globalization who see China as an untrustworthy partner. Because of the pandemic, the fortunes of those who question globalization, support nationalism, and distrust China are likely to rise.

What effect this will have on November’s U.S. presidential election will be determined by the course of the outbreak, and whether Trump can marshal an effective response. But the coronavirus has only hastened the realization that has been dawning in the West for some time: The great strength of liberal societies—their openness—creates vulnerabilities in an interconnected world, vulnerabilities their enemies are actively working to exploit.

This poses problems unique to liberal democracies. Just one example: While banning large gatherings may be essential to slowing a pandemic, the freedom to assemble is a right which in the United States is guaranteed in the First Amendment of the Constitution. Civil liberties at the core of a democracy are coming under pressure as governments are tempted to invoke emergency powers. Each democracy, whether in North America or Europe, must negotiate these issues over the coming months.

If the liberal societies of the West are searching for hopeful signs amid the chaos, they may be found in the democracies of Asia: South Korea, Japan, and Taiwan seem, on the whole, to be responding more nimbly and more successfully to the coronavirus than Asia’s bastion of repression. Whatever advantages of authoritarianism Beijing may be trying to hawk in this sudden seller’s market, liberal societies must remain self-assured and act united. Unlike China, liberal democracies possess the flexibility, curiosity, and cultural ingenuity to learn from this experience and emerge stronger to face the next crisis that befalls them.

Peter Rough, the former director of research in the office of George W. Bush, is a fellow at the Hudson Institute in Washington D.C. 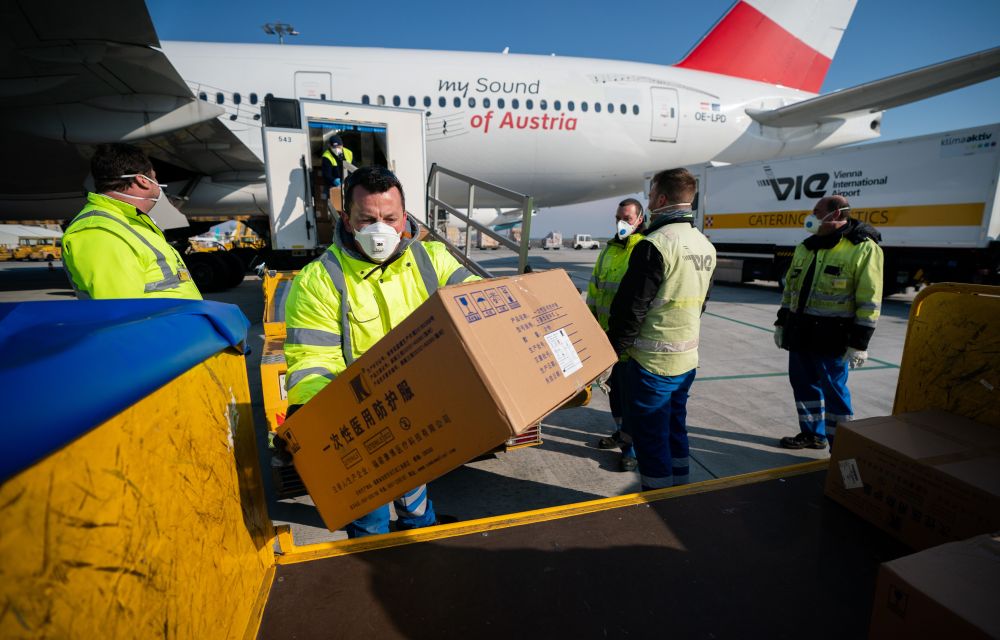 Beijing is using the pandemic to drive wedges between members of the European Union, and to advance its propaganda war against the United States.