Speed up delivery of S-400 missiles, India to tell Russia

Indian Army’s M777 regiment to get 3 made-in-India guns
Of the 18 howitzers with which the army is raising its first regiment, 15 are being supplied by BAE Systems and three by its Indian partner Mahindra Defence, said the second official, also on condition of anonymity.
INDIA Updated: Nov 13, 2019 09:39 IST

M777 Howitzer gun fires in the air at the formal induction of the major artillery gun systems including the K-9 Vajra, a self-propelled artillery gun and Composite Gun Towing Vehicle during a ceremony at Deolali artillery centre, in Nashik district on November 09, 2018. (PTI File Photo)

The Indian Army’s first regiment of ultra-light howitzers is expected to consist of 15 ready-built M777s supplied by the US, and three locally built guns that will represent the country’s Make in India push for military hardware, two officials familiar with the move said.

The howitzers will be delivered to the army by the year-end, enabling the force to raise the first of its planned seven M777 regiments early next year, said one of the officials cited above who asked not to be named.

India ordered 145 howitzers from the US for $750 million in November 2016. As part of the deal, M777 manufacturer BAE Systems will supply 25 ready-built howitzers and the remaining 120 guns are being built locally in collaboration with Mahindra Defence Systems Limited under the Modi government’s Make in India initiative.

Of the 18 howitzers with which the army is raising its first regiment, 15 are being supplied by BAE Systems and three by its Indian partner Mahindra Defence, said the second official, also on condition of anonymity.

“The parallel induction of imported howitzers and the locally assembled ones serves the army’s interests. The rate of production will be higher and delivery faster under such an arrangement. Also, if there are any issues with the howitzers, the army can quickly reach out to the original equipment manufacturer and the Indian partner,” said Lieutenant General Subrata Saha (retd), who was the army’s deputy chief when the M777 deal was inked three years ago. The army is likely to get all the 145 howitzers by the end of 2021.

Saha also said that the M777s were an important part of the army’s field artillery rationalisation plan (FARP) as the guns were designed for flexible deployment in mountainous terrain.

The 155 mm/39-caliber howitzers can be sling-loaded to Boeing CH-47F (I) Chinook helicopters and swiftly deployed to high-altitude areas to provide accurate artillery fire support. India ordered 15 Chinook helicopters from the US for $1.18 billion in September 2015. Six of them have already been delivered.

The army is preparing to deploy its new M777s in eastern Arunachal Pradesh and the howitzers could prove to be a game-changer in the sector due to their tactical mobility, as reported by HT on October 7.

The ~50,000-crore FARP lays down the road map for inducting new 155mm weaponry, including tracked self-propelled guns, truck-mounted gun systems, towed artillery pieces and wheeled self-propelled guns. The plan seeks to equip 169 artillery regiments with a mix of nearly 3,000 guns over the next eight to 10 years.

The M777s were the first artillery guns to be ordered after the Bofors scandal unfolded in the late 1980s. These howitzers have superior tactical mobility as they are made from titanium and aluminum alloys and weigh only 4,218 kg, which is half the weight of conventional artillery guns deployed in the northern and eastern sectors.

Apart from the M777s, some of the other Make in India projects include local production of AK-203 assault rifles and K9 VAJRA-T artillery guns. 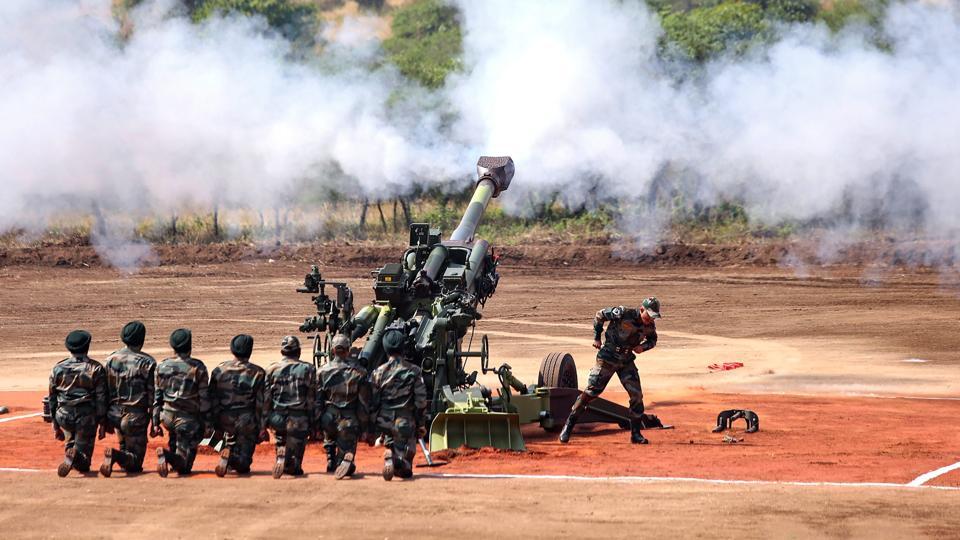 Of the 18 howitzers with which the army is raising its first regiment, 15 are being supplied by BAE Systems and three by its Indian partner Mahindra Defence, said the second official, also on condition of anonymity.