Speed up delivery of S-400 missiles, India to tell Russia

NEW DELHI: India wants Russiato speed up the delivery schedule of the advanced S-400 Triumf surface-to-air missile systems , which can detect, track and destroy hostile strategic bombers, jets, spy planes, missiles and drones at a range of 380-km, after having now paid the first instalment of around Rs 6,000 crore for them.

The faster delivery of the five squadrons of S-400, under the $5.43 billion (Rs 40,000 crore) deal inked in October 2018, will be discussed in the 19thIndia-Russia intergovernmental commission on military and military technical cooperation (IRIGC-M&MTC) to be held in Moscow on Wednesday, said sources.

India's lease of a Akula-1 nuclear-powered attack submarine under the over $3 billion (Rs 21,000 crore) deal inked in March this year as well as a reciprocal military logistics pact will also be among the issues to figure in the delegation-level talks, which will be co-chaired by defence minister Rajnath Singh and his Russian counterpart Sergei Shoigu.

But the delivery schedule for the S-400 squadrons, originally slated from October 2020 to April 2023, will figure higher on the agenda, with Rajnath Singh even likely to visit the production facilities at St Petersburg on Thursday. This comes after India and Russia recently worked out a payment mechanism to get around the US sanctions regime against acquisition of Russian weapon systems, as was earlier reported by TOI.

"The first instalment of 15% for the S-400 deal got delayed by several months. But it has now been paid, with the remaining instalments being linked to deliveries. Russia has assured India it will stick to the original delivery schedule. India, however, is trying to quicken it further," said a source.

The IAF has described the acquisition of the five S-400 squadrons as well as the 36 Rafale fighters from France, under the Rs 59,000 crore deal inked in September 2016, as "game-changing" for combat capabilities and warfare in the region.

The S-400 squadrons will come equipped with missiles with an interception range of 120, 200, 250 and 380-km as well as battle-management systems of command posts and launchers, long-range acquisition and engagement radars, and all-terrain transporter-erector-launcher vehicles.

With it being possible to load as many as 128 missiles per battery, the highly-automated and mobile S-400 systems will be deployed on the borders with Pakistan and China to shoot down aerial threats before they come close to Indian airspace during hostilities. The air defence system can even intercept intermediate range ballistic missiles with a velocity of 4,800 metres per second.

India News: India wants Russia to speed up the delivery schedule of the advanced S-400 Triumf surface-to-air missile systems, which can detect, track and destroy

The timeframe for the supply of S-400 missile defence systems by Russia to India remains on track with the latter having made the first payment of $850 million for the big-ticket defence deal worth more than $5 billion, people familiar with developments said on condition of anonymity.

The payment, amounting to about 15% of the total deal, was made in September though a special mechanism worked out by the two sides to avert attracting sanctions under the Countering America’s Adversaries Through Sanctions Act (CAATSA) of the US, the people cited above added.
The people declined to go into details of the mechanism, given the sensitivity of the issues involved.

Over the past few months, India and Russia focused on alternative payment mechanisms to overcome the impact of potential US sanctions, including trade through a rupee-rouble mechanism (in which payments are made in rupees and roubles) or payments in euros for military hardware.

“There had been some concerns about the delivery schedule for all the five systems being delayed to 2025. But with the payment having been made, the first system is expected to be delivered in 16 to 18 months,” said one of the people cited in the first instance.

India and Russia had signed a deal worth an estimated $5.4-billion for five S-400 systems during the annual summit of leaders of the two countries in October last year. Russian officials said then that the first system was expected to be delivered by 2020 and that all deliveries would be completed in a five-year period.

Washington has repeatedly pressured New Delhi not to go ahead with the S-400 deal or other purchases of military hardware from Russia, which continues to account for about 60% of India’s military hardware. US officials have also expressed concern the S-400 could capture electronic signatures of American-origin military equipment and aerial platforms used by India and compromise them.

However, following a meeting with US secretary of state Mike Pompeo in October, external affairs minister S Jaishankar defended India’s “sovereign right” to buy weapons and said the country won’t be told by any state to not buy military hardware from Russia. Indian officials have also said the country meets the criteria for a waiver from US sanctions on the S-400 deal and that New Delhi can’t “wish away” its long-standing defence ties with Moscow.

The US has also pressured Turkey to scrap a deal for S-400 systems, with President Donald Trump saying after a meeting with his Turkish counterpart Recep Tayyip Erdogan on Wednesday that the acquisition of such sophisticated weapons “creates some very serious challenges for us”. The S-400 issue prompted the US to eject Turkey from the F-35 joint strike fighter programme.

In a recent letter to Erdogan, Trump warned he would have to impose sanctions on Turkey over the purchase of the S-400 systems.

When Roman Babushkin, the deputy chief of the Russian mission in New Delhi, was asked during an interaction on Tuesday if Trump’s threat could have implications for India, he replied: “Turkey is a clear demonstration that national interests are more important than satisfying the interests of some other countries. This is the case for India as well.”

In an apparent reference to efforts to overcome potential US sanctions, Babushkin added, “India needs the best air defence system and Russia will provide it. It depends on bilateral interests and we need to be safe from outside pressure. We are working with India on that.” 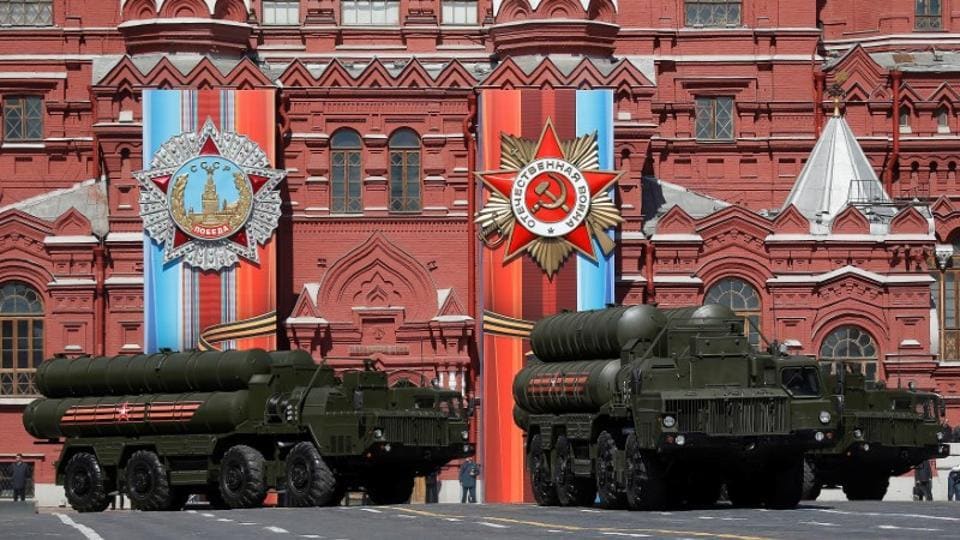 India and Russia had signed a deal worth an estimated $5.4-billion for five S-400 systems during the annual summit of leaders of the two countries in October last year.