With China as its mentor, Pakistan triples arms exports

ISLAMABAD -- Pakistan, known as a major importer of weapons from China and the United States, is poised to significantly expand its arms exports, with an eventual goal of selling $1 billion worth of defense equipment every year.

The officials, who spoke on condition of anonymity, said the uptrend is reflective of Pakistan's drive for greater weapons self-sufficiency. They declined to provide further details of what is driving the increase.

Pakistan officials in general do not share figures related to national defense or associated matters like types of weapons and export destinations.

China has been playing a big role in Pakistani arms production. Together, China and Pakistan have manufactured JF-17 "Thunder" fighter jets.

According to Masood, China has also helped Pakistan produce tanks. In addition, China has supported Pakistan's air force through the JF-17 project and its navy with assistance in building warships and submarines. "Now," Masood said, "Pakistan is seeking to tap export markets."

There is no specific arms export target for the coming years, but eventually Islamabad would like to reach that $1 billion threshold.

In 2016, Pakistan signed a deal with Myanmar for the sale of 16 JF-17 fighters. The dollar value of the contract has not been publicly revealed, but officials privately have said it was for approximately $400 million, including spare parts.

There have been other defense deals: In 2017, Turkey contracted to buy 52 Super Mushshak training aircraft. A year later, Ankara agreed to buy 1,000 PK-83 general purpose bombs.

Analysts say collaboration with China has helped Pakistan improve its ability to produce advanced weapons. "Pakistan has graduated well beyond just a manufacturer of small weapons," a senior foreign ministry official said. "We are now looking at big-ticket items."

Nazir Hussain, a professor of international relations at Islamabad's Quaid-i-Azam University, said Pakistan now has strong potential to significantly raise its defense exports despite a global market that is dominated by the U.S. and other Western countries.

"Ultimately, Pakistan's access to some of these markets will be limited," Hussain said, adding that Islamabad will have to rely on countries with budget constraints, such as in Africa.

Pakistan this summer signed a new loan agreement with the International Monetary Fund that limits the country's military spending. Hussain said this kind of budgetary pressure will limit Pakistan's ability to provide loans that could help its trade partners pay for weapons over time.

Other sources with weapons-making experience say Pakistan can build a customer base by staying the course.

"When we ordered eight Chinese submarines, it was mainly because the quality of Chinese submarines had improved over time and the price was almost half that of European submarines," said a former Pakistan Navy admiral who spoke on condition of anonymity. "Buyers take time to accept that there are new and more affordable weapons systems on offer from new manufacturers like Pakistan.

"Ultimately, [buyers] will come around to looking at our products." 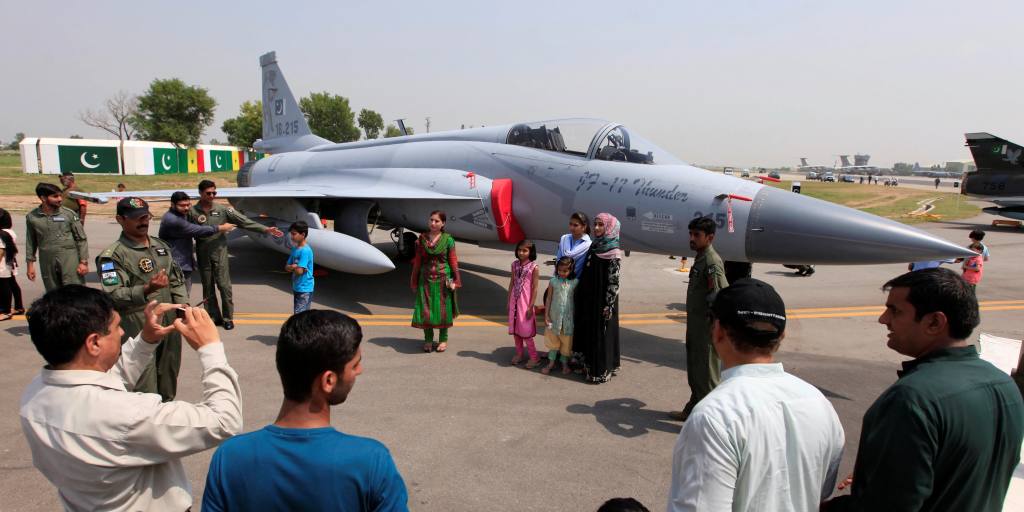 With China as its mentor, Pakistan triples arms exports